The Riviera Maya was once home to one of the most important and advanced civilizations in the world and coming to Playa without visiting at least one of the many ancient maya cities would be a mistake. Cobá, Tulúm and Chichen-Itzá are all just a few hours away by car from Playa del Carmen and are definitely worth checking out.

Nestled in the jungle an hour and a half away from Playa, the maya city of Cobá is a site not to be missed. Dating back from 600-900 A.D., Cobá, which means Water stirred by the wind, is believed to have once had the largest population of all Maya cities with over 100,00 people living there.

Unlike Chichen-Itzá, tourists can still climb the 120 steps of the 126 ft tall pyramid of Nohuc Mul, which is the tallest pyramid in Yucatán and offers an incredible view of unexcavated temple mounds buried amongst the vast jungle.

Take a walk through the jungle where you can find different species of birds, butterflies, and even spider monkeys.

Tulum is one of the most scenically beautiful Maya archeological sites and should definitely be at the top of your list of day trips from Playa. Protected by land and sea, perched atop 12m cliffs overlooking the turquoise waters of the Caribbean sea, this walled ancient city was once only for the elite of the Maya world. It was an important trade hub for Mayas and served as a major port for Cobá. It is best to get here early to avoid the crowds and to enjoy some of the best beaches in the world. Bring a cooler with some food and drinks (no glass bottles) and have a picnic with spectacular views. There are also many cenotes in the area that are well worth the visit. 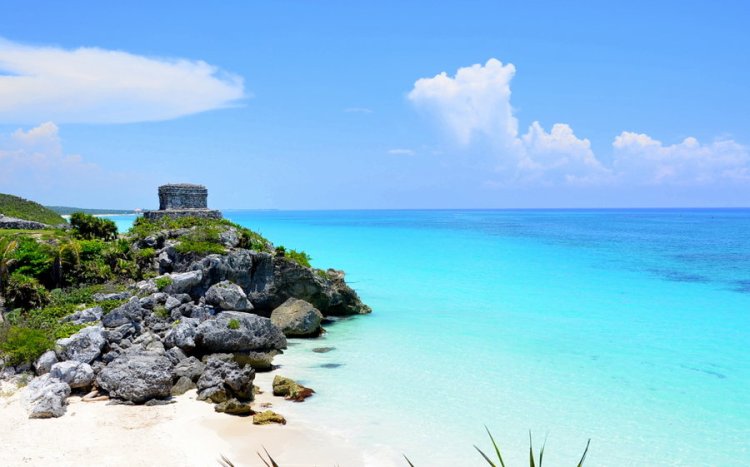 Open daily from 8 am to 5 pm.
Admission : 65 pesos for adults, free for children under 13. If you would like to use a video camera inside the site there is an extra charge.
What to bring: Bathing suit, hat, sunscreen, water, towel
Drive: 1 hour south of Playa

Chichen-Itzá was once the most important city in the Maya world. To this day, only 20% of the site has been excavated, leaving much to wonder about this fascinating culture. Built inland, Chichen is surrounded by “cenotes” which supplied water to the area and is probably the reason for its settlement. The name of the city means “At the mouth of the well of Itzá” and it’s most important building is “El Castillo (The Castle) which was named one of the new Seven Wonders of the World. This representation of the god Kukulkán is 24 m high over a 55.5 meter wide platform with 4 ascending stairways which represent the cardinal points. Unfortunately, tourists are no longer allowed to climb the 365 steps (one for each day of the year) up to the top of the pyramid.

During the spring and fall equinox (March 21st and Sept 21st) over 25,000 people visit Chichen to witness a spectacular show created by the lights and shadows giving the illusion that a snake is coming down the stairway of the pyramid. For the Mayas, this indicated it was time to plant their crops before the start of the rainy season.

The Sacred Cenote was believed to be the door to the infra world and was used for human sacrifice to honour their gods. Many objects have been found at the bottom such as skulls, pottery, jade, gold, copper and weapons. Chichen-Itzá is also home to the biggest ball court in America and is 168 m long and which they used to play ritually or politically.  There is also an impressive and sophisticated observatory still standing. 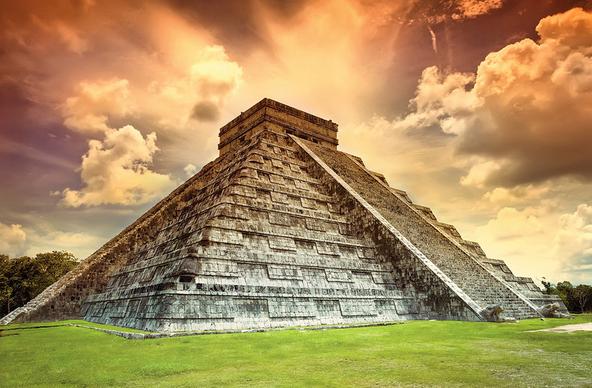 Tip: For all of the archeological sites, it is best to get there early in the morning to avoid the crowds and the heat.

We're a locally owned and operated vacation rental company in Playa del Carmen. We're all from the area and want to share our favourite spots, secrets and local tips and cool things happening around our stunning playground. View more posts